AML 30000 is built on the standardization models and certification schemes provided for by the international regulations of management system certification. The standard is issued by a duly authorized third-party certification body.

The AML 30000 standard certifies the technical compliance and effectiveness of measures to combat money laundering and the financing of terrorism (“AML / CFT”) adopted by financial institutions and some categories of non -financial businesses and professions, which play a crucial role in the detection and denunciation of suspicious behavior of their customers tending to launder money derived from criminal activities or to finance terrorism.

These institutions, businesses and professions play a crucial role in detecting and reporting the suspicious behavior of their customers tending to launder money derived from criminal activities or to finance terrorism.
The assessment covers :

The technical compliance assessment consists of verifying the compliance of the measures adopted with the requirements recorded in the specifications.
The effectiveness assessment consists of verifying whether the measures adopted are actually implemented.
The final objective is that FIs and DNFBPs (a) satisfactorily implement preventive AML / CFT measures according to their risks and (b) report suspicious transactions. This provides assurance that the proceeds of predicate offenses and funds supporting terrorism cannot penetrate the aforementioned sectors or are identified and timely reported by these sectors.

1. Financial institutions that routinely carry out one or more of the following activities or transactions in the name of a client or on his behalf :

2. Certain non-financial businesses and professions, including the following :

Entering a certification process to AML 30000® standard allows to :

In summary, there are two kinds of interests : 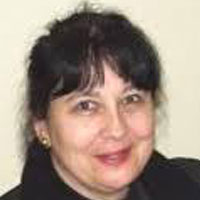 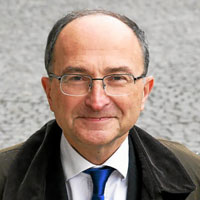 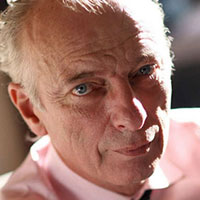 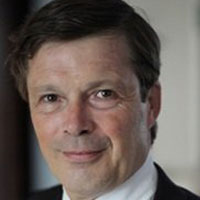 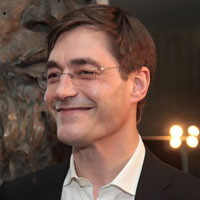 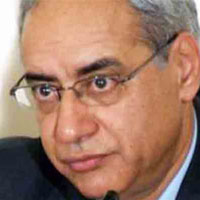 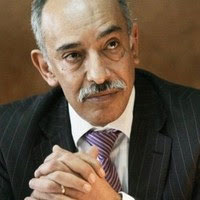 She was notably an examining magistrate at the Paris Financial Center, then Advisor to the Paris Court of Appeal in the chambers dedicated to organized crime and terrorism.

She was seconded to the Ministry of Finance within the management of the French Financial Intelligence Unit, TRACFIN, where only magistrate she was, in particular and in particular, in charge of the international department, then was recruited by the World Bank, within the unit dedicated to the fight against money laundering and terrorist financing in Washington (Senior Financial Sector Specialist) (FPDFI, Financial and Private Sector Development Branch).

Christian de Boissieu is a French academic and economist. He studied at Sciences-Po and obtained a doctorate degree and an aggregation in law and economics. Christian de Boissieu has worked for or within the World Bank, the Banque de France, the Economic Analysis Council, the European Commission, Supervisory Commissions, Economic and Financial Commissions. He is a member of the boards of large number and law firms, investment funds and multinationals.

A specialist in monetary and banking issues, he therefore held numerous positions as economic advisor to banks and investment funds until his appointment to the College of the Financial Markets Authority (AMF) in 2011.

Christian de Boissieu has received numerous distinctions and decorations on an international scale. He was notably recognized for his academic work, as a Laureate of the Academy of Moral and Political Sciences.

His professional experience covers a wide spectrum of responsibilities, in France and abroad (particularly in the Maghreb): in addition to the scientific functions linked to his university status, he has held managerial functions between France and the Maghreb as general manager of GP Banque (renamed SBFI from 1999) until 2002, editorial responsibilities (he notably created with Michel Freyssenet the “Repères” collection, published by La Découverte in 1979, was director of the “Économique” collection at éditions Perrin from 2006 to 2010 and has been collection director since 2010 at Éditions Fayard), and study and advisory missions for public and private structures.

After working on new stock market strategies for companies and their macroeconomic impact, from January 2009 to January 2012, he was a member of the Supervisory Commission of the Caisse des Dépôts et Consignations.

Olivier Pastré is also a member of the Boards of Directors of the Banque du Crédit municipal de Paris (CMP Banque), of the Association of Bank Managers, and of the Europlace Institute of Finance.

Sylvain de Forges is a graduate of École Polytechnique and ENA, in particular.

During his career, he held several positions within the IMF, the Treasury Department and Veolia Environnement and Deputy Managing Director at AG2R in 2010.

He was also Minister Counselor for Financial Affairs at the French Embassy in London, Administrator for France on the Board of the European Bank for Reconstruction and Development (BERD) and CEO of Agence France-Trésor.

Economist, Bernard Salomé obtained his doctorate in economic development from the University of Paris Sorbonne in 1984.

Early in his career, he worked on education and human resources projects for the Africa and Asia divisions of the World Bank and served as Managing Director of the Millennium Foundation for Innovative Finance for Health, thanks to his experience in international development, economics and politics.

Previously Bernard Salomé worked at the Millennium Foundation, as Director of the Voluntary Solidarity Contribution Project within the Office of the Political Advisor to the President of France.

He also served as Head of the Extractive Industries Review Secretariat at the World Bank before being assigned by the European Commission to the United Nations Mission in Kosovo “UNMIK” in Kosovo, as Head of the Economic Policy Office of “UNMIK” where he was the main strategic advisor for economic and social issues to the Special Representative of the Secretary-General, Mr. Bernard Kouchner.

He is the author of eight books on development issues and seven World Bank reports.

Holder of a master’s degree in economics in 1972 and a diploma from the National School of Administration, Taoufik Baccar was appointed in 1986, general director of human resources at the Ministry of Planning and Finance, then general director of the Office of professional training and employment.

He was deputy governor at the annual meetings of the World Bank and then president of the Arab Agency for Investment and Agricultural Development. In 1995, he entered the government as Minister of Economic
Development, then headed the Ministry of Finance from April 1999. In January 2004, he was appointed Governor of the Central Bank of Tunisia.

Taoufik Baccar is a member of several Think-tanks and president of the Hédi Nouira International Center for Foresight and Development Studies (CIPED). In 2018, he wrote The mirror and the horizon – dreaming Tunisia, a book in which he reviews the revolutionary events of January 14, 2011 and delivers a whole strategy for the recovery of the economy of his country.

Samir Brahimi holds a DEA in Public Law and a Certificate of Lawyer. He was senior executive at the Central Bank of Tunisia (CBT), then CEO of QNB-Tunisia.

He represented the (CBT), in particular to the Economic and Social Council, the Board of the Financial Market Council, the Arab Monetary Fund and Tunisian Foreign Bank .

Samir Brahimi is an expert in anti-money laundering and terrorism financing and was in this capacity, Secretary General of the Financial.
Intelligence Unit of Tunisia and President of the Middle East and North Africa Financial Action Task Force (MENAFATF).

He is a teacher, lecturer, trainer and member of the Jury to various national and international public and private institutions and author of numerous publications in local and foreign journals.